The Cold War, which ran from roughly 1947 to 1991, influenced most of the art of the Eastern world. Music, movies, and television all greatly reflected the silent conflict between NATO and their Western allies against Soviet Russia and their Eastern allies. From Yakov Smirnoff and Nikolai Volkoff to that episode of Head of the Class where the students of the show visited Moscow, all things Russian were featured in our pop art of that period. So, it’s no surprise that the rise of video games would also reflect the times in this way. This lead to some of the most bizarre and awesome Russian characters making appearances on our video games screens. Here are the five best. 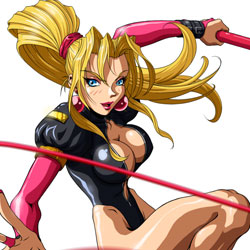 Sofia was the whip-wielding Russian in the original Battle Arena Toshinden (BAT), and would go on to appear in all the games of that series. Initially presented as joining the tournament in BAT to regain her lost memory, she would find out that her memories had been tampered with by The Secret Society, and would go on to help defeat them. What makes her such a great character is that she is in no way stereotypically Russian. Instead of references to bears and vodka, as many games would have given her, Sofia instead is just presented as a badass character. 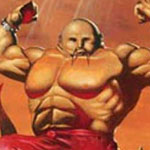 This popular, bald, fire-breathing Russian is former circus strong man Jinborov Karnovski and he was the star of Data East’s popular Karnov and its Neo-Geo sequel Karnov’s Revenge. Karnov was essentially Data East’s mascot, and would go on to appear in many other games, most notably as the level 1 boss in Bad Dudes. Karnov is notable in that his appearance is less stereotypically Soviet, and more Asian in appearance. 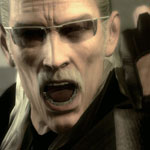 One of the most enduring antagonists in the Metal Gear series is Revolver Ocelot, occasionally known as ADAM, Liquid Ocelot, and Shalashaka. He first appeared in Metal Gear Solid on the Playstation and has gone on to appear in most of the subsequent Metal Gear games. Despite his Russian heritage, the character was designed as a Western-style gunslinger character, and was reportedly modeled after actor Lee Van Cleef of The Good, The Bad, and the Ugly. The sheer number of times this character has resurfaced in the Metal Gear series is a testament to his popularity. 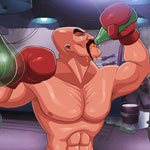 This overpowered pugilist first appeared in the arcade hit Super Punch-Out as Vodka Drunkinski. His name was changed when he later appeared, to more notoriety, in Mike Tyson’s Punch Out!!/Punch Out!! on the NES. While many gamers found him to be overpowered and difficult to defeat, he became one of the game’s most popular characters, along with King Hippo, Glass Joe and Bald Bull. 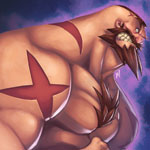 Also known as the Red Cyclone, this hairy Soviet pro wrestler made his first appearance in 1991’s Street Fighter II: The World Warriors. Zangief quickly became a favorite due to his powerful moves and has appeared in most of the Street Fighter franchise’s iterations, from movies to games to anime. He even went on to make an appearance in Disney’s Wreck-It-Ralph.

Who is your favorite Russian video game character? Was someone missing from our list? Let us know in the comment section below.