Without a doubt, the most popular martial artist of all time is Bruce Lee. He is a legend on par with Elvis Presley and Bob Marley, an icon who transcends fame. He also kicked all kinds of butt.

So, it is no surprise that he has appeared in video games. But, he has not always appeared as himself. Video games are chock full of characters who are direct homages to Lee, including Marshall and Forrest Law of Tekken, Jann Lee from Dead or Alive, and Virtua Fighter‘s Jacky Bryant. Here are five of the best Bruce Lees in video games. 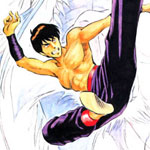 ‘Dragon’ was a common nickname for Bruce Lee, so many of his video game doppelgangers used this name to thinly disguise their connection to Lee. One such character is Kim Dragon, one of the best characters in the World Heroes series. World Heroes was often derided as a Street Fighter clone, but with a bevy of historically influenced characters and dangerous stages, it was a really fun game and Dragon was one of the most effective characters. 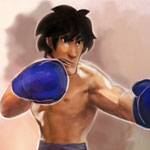 Another character saddled with the ‘Dragon’ moniker was Dragon Chan, named for Bruce Lee and legendary action star Jackie Chan. Chan first appeared in the arcade edition of Super Punch Out!! He later appeared in the home version for the Super Nintendo. He was the only boxer in the series to use kicks as well as punches, and his springboard attack off the ropes could be devastating if you didn’t know how to counter it.

Hailing from Hong Kong, Fei Long was one of four new fighters to debut in Super Street Fighter II (SSFII), and he has gone on to appear in various other games in the series. Fei Long was probably more deliberately modeled on Bruce Lee than any other video game character. He hailed from Hong Kong, like Lee, fought in Lee’s trademark style, and even referenced Lee and his son Brandon in one of his quotes in SSFII. His name, which means Flying Dragon, is a direct reference to Lee’s own name, which means the same thing when written in Chinese. Others may prefer Cammy to the other new characters in SSFII, but I remember I got my butt kicked every time I faced him. 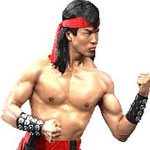 While not as directly influenced by Bruce Lee as others on this list, Liu Kang is certainly more prolific than they are. Liu Kang appeared first in Mortal Kombat and has appeared in most of the games in that series, usually as the protagonist. He utilizes Lee’s Jeet Kun Do style and mimics his battle cries pretty closely. Perhaps most telling, Liu Kang lives up to Lee’s ‘Dragon’ nickname in one of this fatalities, where he turns into a dragon and bites off half of his opponent’s body. 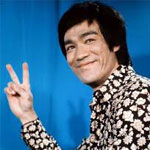 None of the aforementioned Bruce Lee homage characters has had as much of an impactful presence in video games than the man himself. He recently appeared in EA Sports UFC as an unlockable character and appeared in games such as Bruce Lee: Return of the Legend, Bruce Lee: Quest of the Dragon, and Bruce Lee: Dragon Warrior HD. Bruce Lee beats out all of his doppelganger characters simply by being himself, the greatest martial artist who ever lived.

Who is your favorite Bruce Lee in video games? Was he or she missing from our list? Let us know in the comment section below.